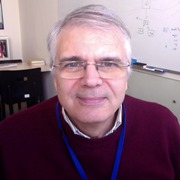 Carlo Meghini is prime researcher at ISTI-CNR in the area of Conceptual Modelling, Digital Libraries and Digital Preservation. He graduated in Computer Science at the University of Pisa in 1979 with a thesis on distributed databases. He has participated in several EC funded research actions in the areas of information systems, digital libraries and digital preservation. He is involved in European projects since 1988, in the areas of Digital Libraries (DELOS Network of Excellence, BRICKS, EDLNet, Europeana, ASSETS) and Digital Preservation (CASPAR). From 2007 he is involved in the making of the Europeana digital library, taking care of the scientific aspects of the project. He has published about 100 scientific papers in international journals, books and conferences. 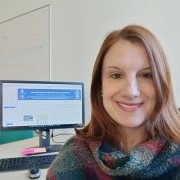 Valentina Bartalesi Lenzi is a researcher at the CNR-ISTI and external professor of Semantic Web in the Computer Science master's degree course at the University of Pisa. She earned her PhD in Information Engineering from the University of Pisa and graduated in Digital Humanities from the University of Pisa. Her research fields mainly concern Knowledge Representation, Semantic Web technologies, and the development of formal ontologies for representing textual content and narratives. She has participated in several European and National research projects, including MINGEI, PARTHENOS E-RIHS PP, IMAGO. She is the author of over 50 articles in national and international conferences and scientific journals. 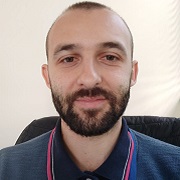 Emanuele Lenzi is a Graduate Fellow at the Institute of Information Science and Technologies (ISTI) of the CNR in Pisa. He studied at the University of Pisa, where he obtained his master's degree in Digital Humanities in 2021. Keen on retrocomputers and web programming, he created a new dynamic website and a digital library for "Hackerando la Macchina Ridotta", a research project about the History of Informatics in which he has collaborated since 2017. From 2021 he joined the ISTI Digital Humanities group, where he carries out research on humanities using Semantic Web technologies. 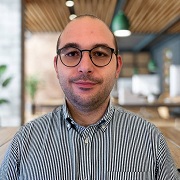 Nicolò Pratelli is a graduate fellow at the Institute of Information Science and Technologies "Alessandro Faedo" (ISTI) of CNR in Pisa, and a Ph.D. candidate in Information Engineering at the University of Pisa. He received his Master’s degree in Digital Humanities in 2019. Since 2020 he has been part of the Digital Humanities group of the AIMH laboratory, where he conducts research on the representation of knowledge in the humanities through Semantic Web technologies. Since 2017 he has been actively collaborating with Hackerando la Macchina Ridotta (HMR), a research project on the history of Computing. He is one of the founders of KRINO, an association responsible for promoting the topics of Digital Humanities.